Is it a Cherub or Putti…or Cupid? 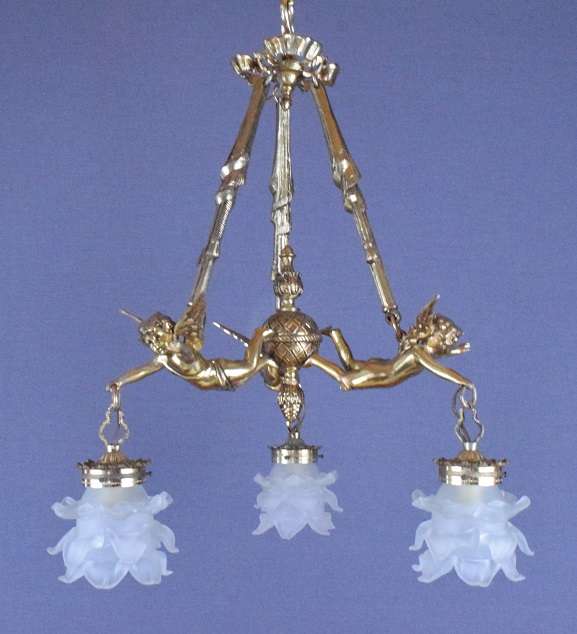 We have quite a number of lights which feature cherubs and they have proved to be as popular this year in interior design as they have for centuries.  But what actually is a Cherub and why are they so popular?

The winged forms represent innocence, peace and beauty. Ever-present in church architecture because they are believed to be attendants of God…

Cherubs are also associated with romance – mainly due to the similarity with Cupid – the Roman God of Love… never without his little bow and arrow..

When we say cherub, it usually conjures up an image of an unclothed, winged, sweet-looking baby. It’s also a popular term of endearment.

But is what we are looking at a Cherub or is it Putti or is it Cupid?  You may be asking what is the difference between the three?

The definition of a Cherub is ‘a winged angel, a celestial being, a guardian of paradise’  Their first role was to protect the garden of Eden…but reading further, a cherub has four faces and four wings…By the way, a group of cherubs is called a ‘cherubim’.  And then there is the Seraphim – these heavenly beings have six wings…now it gets confusing!

A Putto (plural Putti) is a child, usually a boy and often with wings.  The names Cherub and Putti are pretty-much interchangeable.  The word Cherub has possibly become overused as a term of endearment so often those working in the Arts will refer to a figure as ‘Putti’ which suggests you are in possession of a higher level of historical/artistic knowledge!

See our lighting range for some beautiful cherub designs and introduce a little more love and peace into your home.

Melbourne – A Great Place for a Day Out

EASTER DISCOUNT FOR YOU