Thomas Edison – Happy Birthday To You! 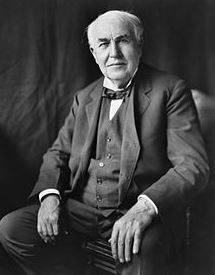 Thomas Edison has a birthday this week.  In fact it’s the 168th anniversary of his birth on Wednesday 11th February.

I thought I’d take time to share how remarkable this man was.  What prompted me was the fact that only last week Martin went into a specialist lighting supply shop asking for an Edison style bulb.  These are so popular now and for very good reason – they give off a wonderful light and are a work of art in themselves.  The man who served him looked blankly back and had no clue what he was talking about.  How sad is that? 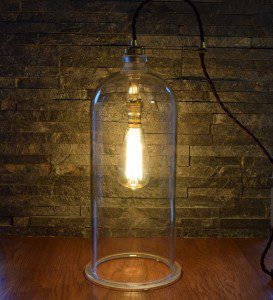 So here’s a nod to Thomas Edison who had a fascinating life and was a true genius.

But he wasn’t just an inventor – he was also an astute business man – a powerful combination.

The inventions he patented impacted hugely on the world as we know it, in key areas such as communication, power, sound and motion picture recording.

Yet he did all this from a poor background and with only 3 months of school education.  As a youngster, his teacher described him as ‘addled’ and from then on his devoted mother home-educated him.

He had a keen entrepreneurial streak, selling sweets on the railroads and then printing and selling the newspaper The Grand Trunk Herald.

He was deaf partly due to contracting Scarlet Fever but also from being boxed around the ears by a train conductor due to young Thomas setting fire to a carriage containing his mobile chemical laboratory.

He was offered a job as a telegraph operator after saving a boy from being run over by a train. This job was to lead him to some of his very first inventions…

But it was 1877 when he invented the first phonograph on tinfoil that launched him into fame.  Edison recorded himself reciting ‘Mary had a little lamb’.   It was seen as a magical invention and he was nick-named ‘The wizard of Menlo park’ which was where his research laboratory was based in the town of Raritan, New Jersey.

Raritan was renamed Edison in honour of Thomas in 1954.

Edison famously waged ‘the war of the currents’ with George Westinghouse.  AC vs DC.  Edison in fervent favour of DC.

Using  money earned from his inventions, he founded the first Industrial research laboratory in 1879 which he set out to stock with almost every chemical and material known to man including sharks teeth and ostrich feathers…

One patent – for the fluoroscope– was used to introduce x-rays.  Unfortunately, whilst testing  it almost stole Edison’s eyesight  and seriously injured his assistant who had volunteered as an enthusiastic guinea pig.  Sadly his assistant later died from radiation poisoning.

He founded General Electric in 1890.

There are many quotes from Edison, lots of them quite motivational and inspiring  but maybe the one I like the most is this ‘if we did all the things we are capable of, we would literally astound ourselves’

So, that’s just a taster of facts from the fascinating life of Thomas Edison.  There’s so much more to tell.  In fact, I think it’s time for a film about Thomas Edison. Maybe I just had a light-bulb moment…

Melbourne – A Great Place for a Day Out

EASTER DISCOUNT FOR YOU

Bespoke Lighting for the Film Industry